Posted by Unknown at 7:55 PM No comments:

The Single Life with Claudia Jordan and Friends (8-5-08)

Posted by Unknown at 7:59 AM No comments: 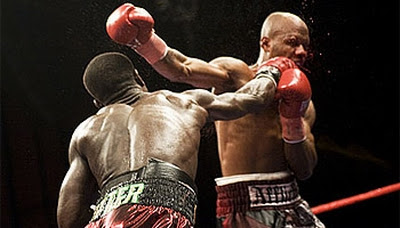 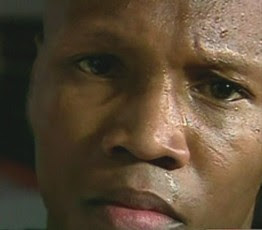 a part of me wants to see him be as good as we all know he could be but deep down i know he just dosnt have the heart for it! the min the fights stop going Zabs way he gives up and throws his game plan and strategy out the door. But i wont sit here and destroy super Zab he fought the best possible fight against a bigger & stronger Clottey who at times laughed at Zab after being hit with his best combos and strongest punches. Even after Max Kellerman

did his best I know you can do it Zab Commentary thru the whole fight when it came down to Crunch time he got cut from either a head but or a punch (we will probably never really know)and the momentum of the fight starting to drastically change Super Zab suspect heart came into play again. He told the ref he couldn't see the ref asked how many fingers he held up (2) Zab said 3. But who am i to say he didn't see 3 fingers and truly didn't want to get out of the fight thinking he was ahead on the score cards. To be honest i thought he was ahead on points but the judges apparently didn't. Who knows????
but 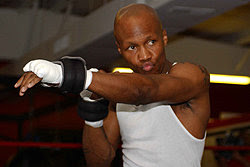 Zab Gave a good effort overall and showed his good boxing skills and speed we all know he possess. Its Just that Black cloud that follows over Zab and whatever that one missing piece is that keeps him from Greatness! So while Super Zab goes back to the drawing board Joshua Clottey takes another step closer to fighting and rematching the elite in the welterweight division.

Posted by Unknown at 5:57 PM No comments: